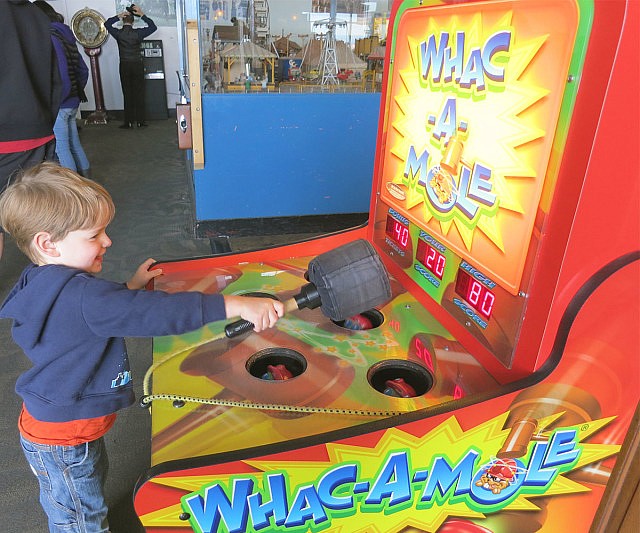 When a friend recently asked me how I was doing, my response was troubling.

“My body and mind seem to be slowing down,” I said, “but my responsibilities seem to be speeding up. That’s a bad combination!”

As I later reflected on that conversation, the Whac-a-Mole arcade game came to mind. As the game begins, the moles pop up fairly slowly, but their speed continually increases until the game finally ends.

The first boy just did his best. As the moles first began to emerge, he had little trouble whacking each one. But by the final moments of the game, the moles were getting the better of him. Unable to keep up with the frantic speed, he became exasperated.

The second boy, after watching the plight of his friend, came up with a clever plan to foil the pesky moles. After easily whacking a few moles at the beginning of the game, he calmly went to the back of the machine and pulled the power cord before things got out of hand.

“Why did you do that?!” his friends demanded. “You can’t just stop the game in the middle.”

“I outsmarted those moles,” the boy explained. “I cut the game off before the speed got too fast for me.”

But his two friends pointed out the folly of his logic. By pulling the plug, he had ended his chance of scoring any more points. Yes, he had avoided the frustration and feeling of failure that comes when you can’t keep up—but this impulsive act had diminished his final score.

The third boy had watched his two friends and devised a better solution. He alertly noticed a speed control on the side of the Whac-a-Mole game, and he turned it to the slow, “senior citizen” mode. All the moles still popped up, but practically in slow motion. This young man ended up getting the highest score, because he could easily keep up with the speed.

What are the lessons in this story?

You’re probably thinking at this point, “Jim, I see no way to adjust the speed control in my life. The ‘moles’ just keep popping up, totally out of my control.”

Like a batter in baseball, you mustn’t swing at every pitch people throw at you. You have to be patient…know the pitches you can hit…and say “no” to curveballs that are out of your strike zone.

Yes, it’s humbling to admit you need to slow down life’s Whac-a-Mole game a bit. But that option is preferable to going insane or simply pulling the plug.

“Slow down. Take a deep breath. What’s the hurry? Why wear yourself out? Just what are you after anyway?” (Jeremiah 2:25 MSG).

What great advice! Slow down. Take a deep breath. Quit being in such a hurry.

As I’ve reflected on the lessons I learned from the Whac-a-Mole story, I find myself meditating on this great principle from Scripture: “Only in returning to Me and resting in Me will you be saved. In quietness and confidence is your strength” (Isaiah 30:15 NLT).

As we return to the Lord and learn to rest in His presence, life will slow down a bit. Noise will give way to quietness. New strength will come, and confidence will rise. We might even enjoy life—really enjoy life—for the first time in years.

4 thoughts on “Your Whac-a-Mole Options”