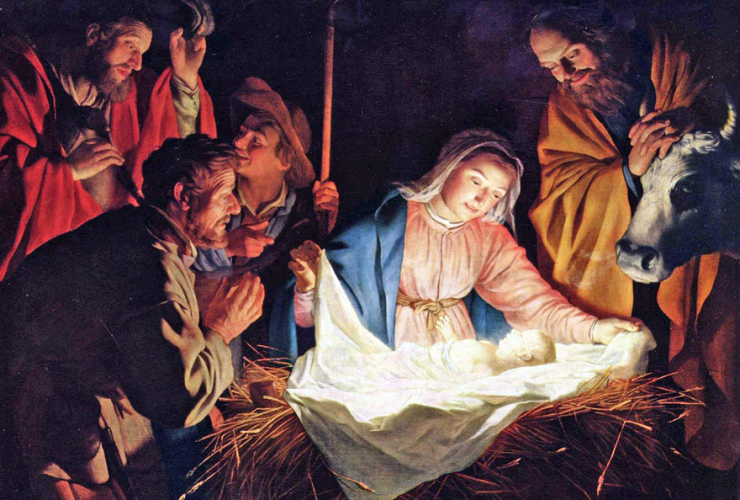 7 Life-Changing Christmas Facts in the First Chapter of John

When we think about the Christmas story, we usually start with the Gospel of Luke and Gospel of Matthew. There we see the shepherds, the magi, and the angel Gabriel’s stunning declaration to Mary. Other colorful characters appear, including Elizabeth and Zacharias, Simeon and Anna.

But John’s Gospel presents the rest of the story. As the final of the four Gospel accounts, it reveals the deeper meaning of the events in Bethlehem that first Christmas.

In the first chapter of John, we see 7 important facts about the true meaning of Christmas…

You see, Christmas didn’t start with Gabriel’s appearance to Mary or with the manger scene. The Son of God stepped out of eternity as “the Lamb slain from the foundation of the world” (Revelation 13:8). Numerous Old Testament prophecies were fulfilled by Him, and these amazing predictions came through several different people over the course of five centuries from 1000 to 500 BC. Twenty-four specific prophecies were fulfilled in just the 24 hours before Jesus’ death.

Just as your Heavenly Father could look down through the centuries and foresee the details of Jesus’ life, nothing in your life is catching Him by surprise. The same God who fulfilled His promises in intricate detail in the life of His Son Jesus will be faithful to fulfill every promise of His Word for YOU today!

King Herod massacred babies in an attempt to eliminate the newborn King (Matthew 2:16-18). Throughout history, others have tried to diminish the memory or message of the Messiah.

But John’s Gospel points out the wonderful fact that darkness is powerless to overcome the light. That’s very good news if you are facing some kind of darkness in your  life today.

Even today, there still are billions of people in the world who have never heard the name of Jesus even once. Others know about Him, but have rejected His message.

Instead of being offended by this rejection or taking it personally, we should be motivated all the more to proclaim the name of Jesus, the only One who can save humanity from their sins (Matthew 1:21).

As C.S. Lewis well said, “The Son of God became a man to enable men to become sons of God.” Our physical birth is not enough, Jesus told religious leader Nicodemus. We must receive a spiritual birth too, being “born again” in order to see and enter God’s kingdom (John 3:1-7).

14 And the Word became flesh and dwelt among us, and we beheld His glory, the glory as of the only begotten of the Father, full of grace and truth.

God loved the world so much that He didn’t just send a letter, a postcard, an email, or an Instagram. He became flesh, personally stepping into our world.

In contrast to the example of many of His followers today, Jesus was full of BOTH grace and truth. This is a great reminder that we’re called to speak the truth in love (Ephesians 4:15)—never shrinking back from sharing the truth, but always communicating it with grace.

29 The next day John saw Jesus coming toward him, and said, “Behold! The Lamb of God who takes away the sin of the world!”

The baby in Bethlehem grew up! John the Baptist accurately discerned His calling as God’s sacrificial Lamb—the Savior who was born to die (Isaiah 53).

Jesus was referring to Jacob’s vision of an open heaven, with a ladder between the heavenly and earthly realms (Genesis 28). As John’s Gospel unfolds, we’re told clearly that Jesus Himself is the ladder or bridge to heaven, and there is no other pathway but Him (John 14:6).

Yet Christmas is about more than just getting people to heaven. Jesus also brought some of heaven down to US, and He told us to pray for heaven to be revealed through our own lives as well (Matthew 6:10).

Along with Jesus, we’re privileged to receive everything else that’s included in God’s kingdom (Matthew 6:33). That’s why Paul could say in Romans 8:32, “He who did not spare His own Son, but delivered Him up for us all, how shall He not with Him also freely give us ALL things?”

This Christmas, I hope you’ll remember that the God who loved you enough to give you His Son will also hear your prayers and give you the other things you need in life. The next time you hear someone say, “Merry Christmas,” keep in mind that it’s not just about a historical event in Bethlehem. It’s a transcendent reality meant to change your life today—and your future in eternity as well.