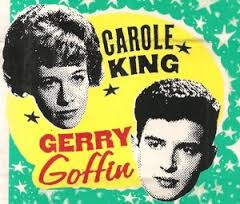 Until a few years ago, I had never heard of Gerry Goffin. Have you?

Not only was he honored with induction into the Songwriters Hall of Fame and Rock & Roll Hall of Fame, but Goffin has been described by some as one of the greatest lyricists of all time.

So why are most of us unfamiliar with him?

The reason is simple: Most of his work was done behind the scenes, providing great songs for other people rather than producing music in his own name. By the time he died in 2014, he had written over 114 Billboard Hot 100 hits, including eight chart-toppers.

As a ghostwriter, I feel a real kinship with Goffin. Most of the books and articles I write are published under the name of other people, and my name rarely even shows up in the credits. And I’m fine with that. I just want my writings to impact lives, whether I get any credit or not.

But I’ve concluded that Goffin’s most interesting trait was that he was a collaborator. Even though you may not have heard of Goffin, you’ve probably heard of his wife and songwriting partner, Carole King. Both were talented, but they were far better as a team than when they worked separately.

The Goffin-King songwriting duo was so successful in crafting hit songs that John Lennon once said he hoped the Lennon-McCartney team would someday rise to the same level. Wow. What an incredible accolade.

There’s an important point here, one that you and I should take note of. Solomon wrote about this powerful principle when he said, “Two are better than one, because they have a good reward for their labor” (Ecclesiastes 4:9). The verse says in the NLT, “They can help each other succeed.”

You see, collaboration is often a critical element in a person’s success. In the case of Goffin and King, he was gifted at writing lyrics, while she was skilled in crafting melodies.

If you find yourself frustrated today in your business, ministry, nonprofit work, or personal life, this may be the reason: You need a collaborator! Maybe you have a piece of the puzzle, but you lack one or more of the other pieces necessary for success.

What about you? Are you writing beautiful lyrics, without anyone to write the melody? Or perhaps you’re writing great melodies, but you lack someone to provide the lyrics.

A “collaborator” is a co-laborer. If you don’t have one, you probably need one.

As I look back over my life, my most fruitful seasons of ministry were always when I had a collaborator…a comrade…a faithful friend by my side.