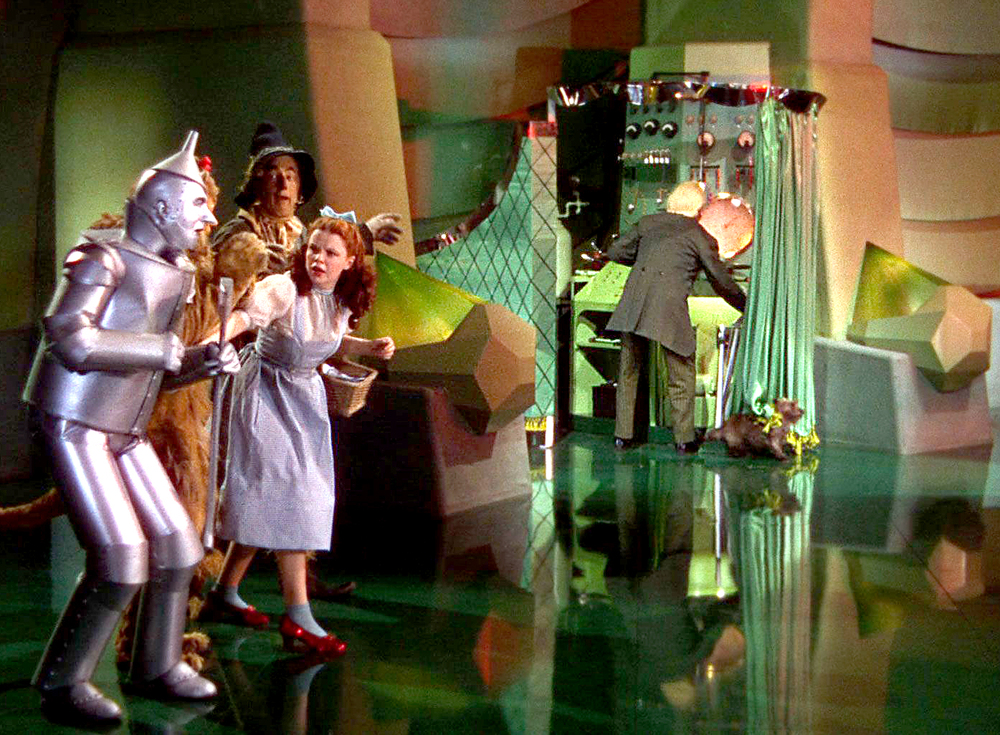 One of my all-time favorite movie scenes is in The Wizard of Oz. “The great and powerful Oz” was trying to intimidate Dorothy and her friends, and his scare tactics appeared to be working.

But right when all hope seemed lost, something quite providential happened. Dorothy’s dog, Toto, pulled back the curtain Oz was hiding behind. It turned out that despite all the smoke, sounds effects, and bombast, the mighty Oz was actually just a feeble old man.

Shockingly at times, God has been “pulling back the curtain” lately. He’s exposing things for what they really are—and the reality behind the curtain is alarming.

When the Wizard was exposed, he famously said, “Pay no attention to that man behind the curtain!”

In the same way, today’s embarrassed politicians try to persuade us to “pay no attention” to the video clips, emails, and other evidence we can plainly see with our own eyes. But it’s too late. Once the curtain is pulled back, how can we not pay attention?

Yet for months it seemed that most Americans were paying no attention to the foibles of the candidates they were supporting. As long as a candidate was from their own party, all sins could be forgiven. But now that God is pulling back the curtain, the corruption is simply too blatant to ignore.

When the curtain is pulled back, we see things as they really  are, not just as they appear. The “spin” is gone, the hype looks foolish, and our heroes as seen as mere mortals once again. It’s as if the Piped Piper’s spell is broken, and we wonder how we ever could have been so gullible.

It’s interesting to see how someone responds when their deception is exposed. When Dorothy and her friends discovered that the Wizard was a fraud, he initially reacted in great rage. “Do you presume to criticize the Great Oz, you ungrateful creatures?” he asked indignantly.

Doesn’t this sound like how many politicians act when the curtain is pulled back? They blame their accusers, castigate the news media, and act as if they should be immune from criticism.

When the curtain has been pulled back this year, corruption has been exposed in both political parties and even in revered institutions like the FBI and Department of Justice. And while the news media is sometimes unfairly criticized, it turns out that much of the criticism is deserved.

As God has mercifully pulled back the curtain, the unseen realm has been exposed, and the apostle Paul’s warning in Ephesians 6:10-13 has rung true. Our real battle is more than a clash between Democrats and Republicans, liberals and conservatives. A demonic spiritual element has been working “behind the curtain” to pull strings of influence in our political affairs.

Thankfully, some of this wizardry is finally being exposed for what it is. I’ve heard that if anyone catches a glimpse at how sausage is made, they will never eat sausage again. Hopefully the same wisdom will apply when the curtain is pulled back on the corruption of our political candidates—how can we ever vote for such a person again?

One of the other great scenes in The Wizard of Oz occurs when Dorothy accidentally pours water on the Wicked Witch of the West, causing her sudden demise. “I’m melting!” she says pathetically as she dissolves on the ground. Dorothy is astonished, not just that the Wicked Witch is dead, but that the Witch’s followers rejoice  when they realize her power has been broken.

I rejoice that the Lord is pulling back the curtain today, because I know that repentance is always a precursor to revival and national restoration.

However, I’m also aware of the sobering fact that the curtain will one day be pulled back on each of us. Today our political candidates are being exposed, but tomorrow it may be you and me. How would you fare if all your conversations were recorded and your emails were leaked to the press? What if the whole world saw what your marriage is like behind closed doors? What would the IRS find if they audited your taxes?

It’s such a great time to search our own hearts and ask the Lord to deal with any sins we’ve tolerated “behind the curtain.”

That’s a great prayer for us as well.