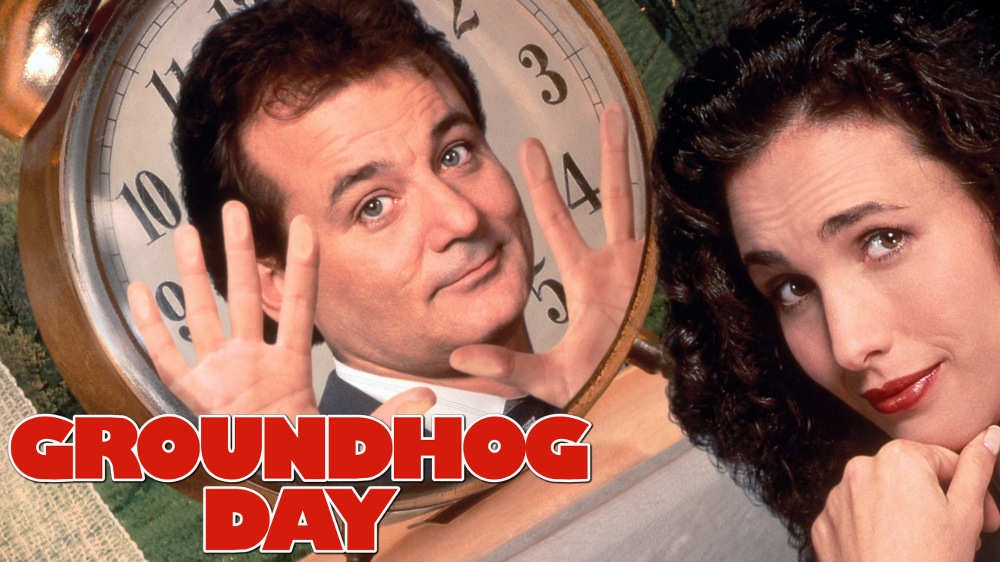 Lately I’ve met lots of people who seem to be perpetually stuck in Groundhog Day. You’ve probably seen the classic 1993 movie starring Bill Murray and Andie MacDowell. Murray plays a weatherman named Phil who’s assigned to cover the annual Groundhog Day event in Punxsutawney, Pennsylvania. He finds himself stuck in a time loop, forcing him to reexamine his life and priorities.

Day after day, Phil wakes up to the same Groundhog Day reality, with a chance to make better choices this time. It soon becomes clear that he won’t escape until he gets things right.

When I first saw the film, I didn’t realize how significant its message was. Just another mindless comedy, it seemed to me. Yet in 2006 the movie was added to the United States National Film Registry, deemed to be “culturally, historically, or aesthetically significant.”

Now that I look back, my perspective on the movie has changed. I think it became popular because many of us can relate to the experiences faced by Bill Murray’s character. Even though we may not be caught in a time loop, we find ourselves stuck in some area of our life.

What about you? Do you currently find yourself trapped in some kind of Groundhog Day experience? Perhaps you are…

Many people in the Bible experienced Groundhog Day of one kind or another. Jacob frequently had a problem with lying. Joseph faced recurring episodes of injustice. The Israelites spent 40 years traveling in circles in the desert. David and many of the prophets had some pretty severe mood swings at times.

Thankfully, though, the Bible provides numerous tips for escaping from Groundhog Day. Someday I’m going to write an entire book on how to get UNSTUCK…but for now I’ll just share a few brief insights. It’s interesting that many of these were eventually discovered by Bill Murray’s character in the movie.

Now… You must have a sense of urgency if you truly want to change. Don’t procrastinate!

…the God of hope… Unless God is involved, difficult circumstances frequently look hopeless. But when you recognize that He’s with you and is available to help, there’s always hope.

…all joy and peace in believing. Your joy and peace will return as soon as you put your eyes back on the Lord and begin to believe His promises again.

…abound in hope by the power of the Holy Spirit. You may have already tried 1,000 times to escape Groundhog Day in your own strength. But everything changes when you allow yourself to be filled with the power of God’s Spirit. The secret is “Christ in you, the hope of glory” (Colossians 1:27), and that’s the only way lasting change will come.

You don’t have to wait for me to complete my book on how to get unstuck. Today can be the day you face the truth about your circumstances and believe God’s promises for better days ahead. Then you can wake up tomorrow morning with fresh appreciation for the One who is able to make ALL things new (Revelation 21:5).