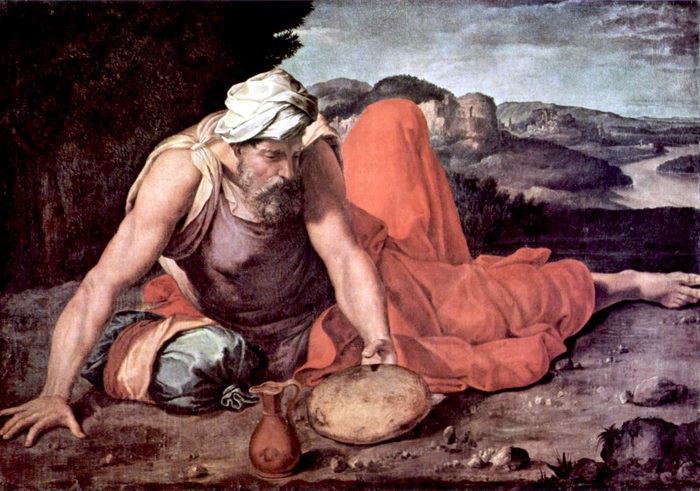 Although the prophet Elijah is famous for his mighty prayers, I’ve always been more intrigued by the prayer God ignored.

James 5:17-18 recounts Elijah’s amazing feat in praying for Israel’s rain to stop for three and a half years, then praying for the rain to suddenly be restored. In-between those two monumental events, Elijah found time to supernaturally multiply a widow’s food, raise her son from the dead, and call down fire from the sky on Mount Carmel (1 Kings 17 & 18).

But there was one prayer that didn’t get answered. Elijah prayed this just as earnestly as any of his other prayers, if not more so. Yet the Lord ignored him.

The surprising scene occurred when Queen Jezebel threatened his life and Elijah escaped into the wilderness: “He prayed that he might die, and said, ‘It is enough! Now, Lord, take my life’” (1 Kings 19:4).

The prophet prayed that he would die.

Perhaps you’ve never prayed a prayer like this—or won’t admit that you have. But at times some of the rest of us have prayed this, and we can learn some important lessons from Elijah’s story.

Based on Elijah’s track record of answered prayer, we might have assumed God would simply say okay and grant his request. If his other requests were so easily granted, why wouldn’t the Lord give him what he wanted this time?

The answer is this: As we see later in the chapter, God still had plans for Elijah. Yet those plans were hard to see while Elijah was hiding out in the cave and feeling sorry for himself.

It’s interesting that before giving the prophet his new commission, the Lord made sure he got some rest and nourishment (1 Kings 19:5-8). The story shows how our state of mind can be negatively influenced not just by difficult circumstances, but also by things like fatigue and poor nutrition.

Next, God whispered to Elijah with a “still small voice,” cutting through all the noise and hoopla that had been surrounding him (1 Kings 19:11-12). If you’re feeling depressed and hopeless today, nothing will help you more than to tune out the noisy distractions and hear God speak to you again.

One of the other causes of Elijah’s hopelessness was his sense of loneliness, feeling that there was no one left but him to follow in the ways of the Lord. Twice he told God about his woeful aloneness:

I have been very zealous for the Lord God of hosts; because the children of Israel have forsaken Your covenant, torn down Your altars, and killed Your prophets with the sword. I alone am left; and they seek to take my life (1 Kings 19:10, 19:14).

Have you ever felt disconnected from family, friends, or the community of believers? Or perhaps you’ve felt all alone in some of the battles you’ve been facing. This is a depressing place to be.

But God pointed out that Elijah’s perspective was all wrong! While the prophet felt like he was the only one left to stand for righteousness, the Lord told him, “I have reserved seven thousand in Israel, all whose knees have not bowed to Baal” (1 Kings 19:18).

How could Elijah feel so alone at a time when the Lord still had 7,000 faithful followers? Maybe you’ve felt this way in a megachurch or at a conference or concert. Sometimes the loneliest feeling of all is to be surrounded by thousands, yet not truly connected to anyone.

Elijah clearly tended to be a loner in his personality type, but even loners need to be connected. God took care of this with the final step in the prophet’s restoration, giving him a new relationship that was central to his new commission and purpose.

When the prophet felt as if his life’s purpose was over, the Lord gave him a new mission and vision. Elijah first was told to anoint some new kings, but then the pivotal moment came when God said he must anoint Elisha “as prophet in your place” (1 Kings 19:16).

The prophet’s new commission was to train his replacement! How would you respond to a mandate like that?

Elijah didn’t initially seem too happy about training someone to replace him. But isn’t this what true ministry is all about? Isn’t the primary task of every leader to equip others for their role in God’s kingdom? (See Ephesians 4:11-12.)

To sum up this story, God ignored Elijah’s request to die. Instead, He showed him a new purpose—one that ultimately had more significance than anything he had done before.

Fortunately, Elijah’s story didn’t end until a “double portion” of his spirit rested upon his successor, Elisha (2 Kings 2:1-15).

Think about that for a moment. What if the Lord said to you, “I don’t want your life to end until there’s a double portion of blessings resting upon your kids and those you mentor in the next generation”? Nothing is as important as that.

So it’s okay if you take some time to rest and get nourished, even if you have to hang out in a cave for a while. But then listen for God’s voice and His new commission in your life. And don’t be surprised if it has something to do with training your replacement and equipping the next generation.

As long as you still have breath, God still has plans.