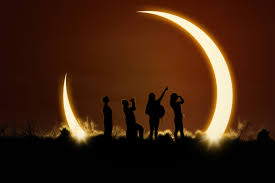 While studying the origins of the church at Philippi, I was startled to discover how the story contradicts many of our common misconceptions about the nature of the Christian life. The narrative in Acts 16 debunks at least 8 myths—and I bet you’ve believed some of these misconceptions yourself.

Myth #1: As long as you’re well-intentioned in pursuing spiritual activities, any direction is okay.

The apostle Paul never intended to plant a church in Philippi. In fact, he had other plans. Plan A was to minister in Asia, but he was “forbidden by the Holy Spirit to preach the word in Asia” (v. 6). Plan B was to preach in Bithynia, but God closed that door too. Finally, the Lord spoke to Paul through a dream that he should go to Macedonia, where Philippi is located.

This story shows that God has a specific plan for our lives, even when it comes to “good” activities like evangelizing and planting churches. Yet it’s bewildering in Acts 16 to see God actually forbidding Paul to preach the gospel if that means going in the wrong direction. While the Great Commission tells us to go into “ALL the world” and “to the ends of the earth” (Mark 16:15, Acts 1:8), God wants to direct us on how to proceed.

Myth #2: If you’re a very spiritual person, you’ll always get it right the first time.

It would be hard to be any more spiritual than Paul, yet it wasn’t until the third try that he found God’s optimal direction for his life (vs. 6-8). That’s good news for you and me! We shouldn’t despair if we don’t hit the bulls-eye at our first attempt to find the Lord’s perfect will.

Myth #3: The most important ingredient in church planting is good preaching.

Hey, I’m a preacher, and I certainly put a high value on good preaching. But if you read Acts 16, you’ll see that the secret to Paul’s success clearly was PRAYER, not preaching. He met Lydia (his first convert) at a place of prayer  (vs. 13-15), and he was on his way to pray  when he cast a demon out of the fortune-telling slave girl (his second convert, vs. 16-18). Then the Philippian jailer (his third convert) was saved after Paul and Silas caused an earthquake through their prayers and worship (vs. 25-34).

I surely hope your church or evangelistic ministry has great preaching, but these illustrations demonstrate that prayer must be the foundation of everything else we do in God’s kingdom. Without that, our impact on people will be superficial at best.

Myth #4: If people are saying the right things, that automatically means they have the right spirit.

Oh, how I wish I would have understood this misconception earlier in my ministry! Many preachers, politicians, or church members say all the right things, but they are being motivated by something other than the Holy Spirit.

Look at what this demon-possessed girl was saying while following Paul and Silas day after day: “These men are the servants of the Most High God, who proclaim to us the way of salvation”  (v. 17). What’s wrong with that? Most pastors would have put her on the front row so everyone could hear her words of affirmation! But Paul discerned that her right-sounding message had originated with the devil rather than the Holy Spirit. Can you tell the difference?

Myth #5: If you’re in God’s perfect will, everything will always go great for you.

Believing this myth will bring tragic consequences, because it means you’ll also believe the corollary: If things AREN’T going well for you, you must not be in God’s will.  What a horrible, yet incredibly common, misconception. Even though Paul and Silas were following the direct leading of the Holy Spirit to minister in Philippi, the result seemed catastrophic. Their clothes were torn off, they were brutally beaten with rods, and they were thrown into prison, with their feet in shackles (vs. 22-24). All this happened because they were following God’s will!

Myth #6: Nothing good ever happens after dark.

Verse 25 says Paul and Silas received their breakthrough “at midnight.”  I love that. Some of God’s greatest miracles seem to happen at our midnight hour—when things look the bleakest and all hope is gone. We may not be shackled in a jail cell, but perhaps we’re imprisoned to an addiction, a health problem, a mound of debt, or a toxic relationship. No matter what the situation may be, the Lord can break off our chains “suddenly”  (v. 26).

Paul later described his complete confidence that the One who had BEGUN a good work in the Philippians would also COMPLETE it (Philippians 1:6). Exactly how confident was Paul in God’s ability to care for these new converts in Philippi? In one of the most stunning plot twists in all of Scripture, verse 40 says that after meeting with “the brethren”  gathered in Lydia’s house, Paul “encouraged them and departed.”

The “brethren”  numbered just a handful of folks at this point, all of them new converts. But instead of staying to care for these baby Christians, Paul and Silas left town!  He entrusted them to their Heavenly Father’s care, believing that nothing would be able to separated them from His love (Romans 8:31-39).

Myth #8: Everything in God’s kingdom rises and falls on leadership.

I’ll admit, there’s a lot of truth contained in this statement, and I’m sure I’ve quoted it myself at times. However, there’s also a misconception here, because we’re often wrong about who is supposed to provide that leadership.

But the church in Philippi is one of the most remarkable examples of God raising up unlikely leaders. In Paul’s opening greeting to the Philippians (1:1), he refers to the “overseers and deacons.”  Isn’t that amazing? When Paul left Philippi, the church consisted of Lydia’s household, the slave girl, and the jailer’s family.

So where did the overseers and deacons come from? Did they get imported from some Bible college or seminary? Were they transplanted from the thriving churches in Jerusalem or Antioch? Certainly not. These were homegrown leaders.

My friend, what are you trusting in for your personal fruitfulness or the success of your church? Are you relying on the grace and power of God, or in your own spirituality and the charisma of the human leaders around you?

Thankfully, Jesus is both the Author and the Finisher of every success story in His kingdom (Hebrews 12:2). Let’s fix our eyes on Him, allowing nothing to eclipse His love and purpose for our lives.