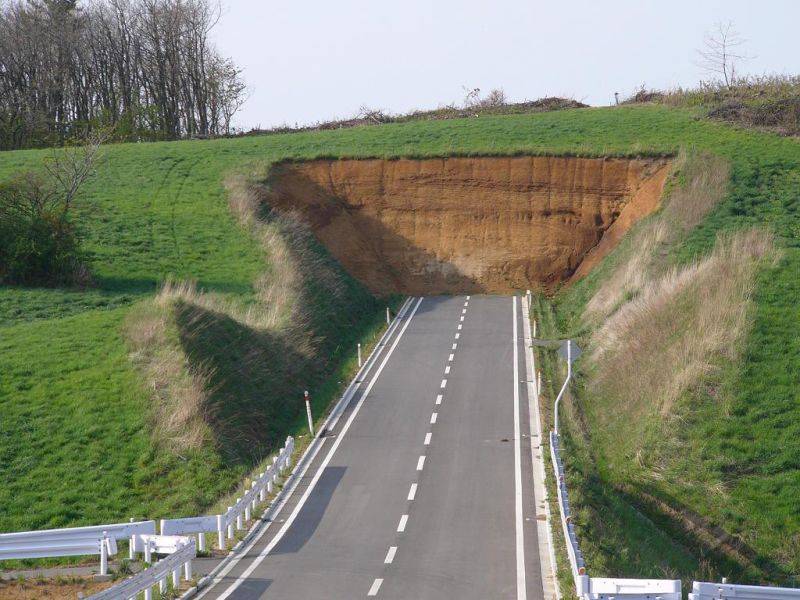 I love the GPS on my phone. How did we ever get anywhere without electronic navigation to point the way for us?

However, my GPS has sometimes led me astray. More than once, I’ve found myself at a dead end, even after carefully following the GPS instructions.

Life is like that. Sometimes the journey goes smoothly, but at other times we find ourselves at a dead end we never envisioned.

There are various kinds of dead ends in life. Relationships or jobs may end. Dreams and ambitions may die. And old seasons of life must end before new ones fully begin.

Lately I’ve been thinking about some of the “dead end” stories in the Bible. They not only provide interesting lessons on how to navigate such situations, but they also illustrate that an apparent dead end may not be the “end” of the story at all.

For decades, these servants of God had held on to His promise to give them a son. But as Abraham approached 100 and Sarah 90, they finally came to a dead end. Time had run out, for Sarah had been barren many years, and Abraham’s body was “as good as dead” (Romans 4:19, Hebrews 11:11-12).

What happens to your  faith when God has given you promises, still unfulfilled, but you’ve run out of gas on a dead-end road? If you’re like me, it takes a while before you quit relying on your own strength and admit that your own efforts are “as good as dead.”  Sometimes you just plain need a miracle, and that’s exactly what God did for Abraham and Sarah.

On several occasions, God’s people seemed to reach a dead end in their journey from Egypt to the Promised Land. The first dead end occurred at the Red Sea, with the Egyptian army bearing down on them from behind (Exodus 14). Forty years later, they came to another impasse, when the Jordan River was at flood stage, seemingly impossible to cross (Joshua 3).

In both cases, God made a way where there seemed to be no way. But in each instance, a step of faith was required: Moses stretching out his rod over the Red Sea and the priests stepping into the flooded Jordan River.

These episodes are a great reminder that when we come to a dead end, the Lord will give us instructions for what to do. Instead of moaning and groaning about our circumstances, dead ends present us with an opportunity to listen for God’s plan in moving forward.

Sometimes our dead end will seem likely to take the form of an actual physical death. Those who survive cancer or some other life-threatening condition often describe experiencing a new lease on life.

For example, the apostle Paul was so badly injured in Acts 14:19-20 that people thought he was dead and dragged him out of the city. But through this and other experiences, Paul discovered more of God’s amazing resurrection power, able to transform even the bleakest of circumstances:

It was so bad we didn’t think we were going to make it. We felt like we’d been sent to death row, that it was all over for us. As it turned out, it was the best thing that could have happened. Instead of trusting in our own strength or wits to get out of it, we were forced to trust God totally—not a bad idea since he’s the God who raises the dead!  (2 Corinthians 1:8-9 MSG).

Can you relate to Paul’s description here? He felt like he’d been given a death sentence, but instead it was a resurrection sentence! It turned out to be incredibly beneficial, forcing Paul to “trust God totally”  instead of his “own strength or wits.”

A Promise to You from God

If you find yourself at some kind of dead end today, these stories should provide great hope. Based on these Biblical accounts, reaching a dead end may signal that something WONDERFUL is about to happen! Why? Because when we come to the end of ourselves, we’re just at the beginning of supernatural enablement from God.

The Lord never promised us that life would always be easy. But He DID promise to be with us through it all:

When you’re in over your head, I’ll be there with you.
When you’re in rough waters, you will not go down.
When you’re between a rock and a hard place,
it won’t be a dead end—
Because I am God, your personal God,
The Holy of Israel, your Savior  (Isaiah 43:2-3 MSG).

What great news! Even when it looks like “you’re between a rock and a hard place,”  it will no longer be a dead end when the Lord comes to act on your behalf.

Take time to ask Him for His instructions today. Then get ready to watch Him turn your dead end into a new beginning!