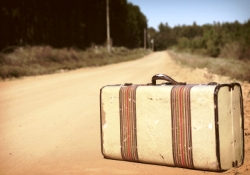 Recently an unexpected firestorm ensued when I wrote about my friend Ron’s woeful dating life. Some people said Ron was clearly shallow and judgmental. Others blamed him for pointing out the baggage of the women he’s dated, while seeming oblivious to his own issues. One woman even prophesied that Ron was too picky to ever  find a new wife.

Ron has been surprised by the negative reactions. He’s really a nice guy, after all, and not used to all this criticism.

As you might imagine, Ron has been rather irritated at me as well. His only explanation for people’s criticism is that I must have portrayed him in an unfair and unflattering light.

“The truth will set you free, brother!” I told him jokingly, paraphrasing the words of Jesus in John 8:32.

But time will tell whether Ron can truly handle  the truth.

Fortunately, my blog has also resulted in some helpful suggestions. Someone offered to launch a #PrayForRon campaign on social media. Another idea was to start a GoFundMe initiative to reimburse Ron for all the money he’s wasted on bad dates. And several people requested that I keep everyone posted on Ron’s ongoing dating saga.

With predictions from some of his critics that there’s no hope for him, Ron gets discouraged at times. Often I try to lift his spirits by pointing him to the promises of Scripture. “Even deplorable people like you found hope in the Lord!” I tease.

One of the Bible passages I’ve shown Ron is Lamentations 3:18, where the prophet Jeremiah said despondently one day, “My strength and my hope have perished from the Lord.”  For any of us, some days are like that!

But everything changed for Jeremiah a few verses later when he remembered God’s faithfulness:

This I recall to my mind, therefore I have hope. Through the Lord’s mercies we are not consumed, because His compassions fail not. They are new every morning; great is Your faithfulness. “The Lord is my portion,” says my soul, “therefore I hope in Him!” (vs. 21-34).

So there’s hope for Ron. And if there’s hope for someone as shallow and picky as him, there’s certainly hope for YOU as well! No matter what you may be going through today, God’s power and goodness are bigger than your pickiness and your problems.

P.S. Ron says he’s open to additional suggestions on how to solve his dating impasse. Please feel free to send them my way. #PrayForRon