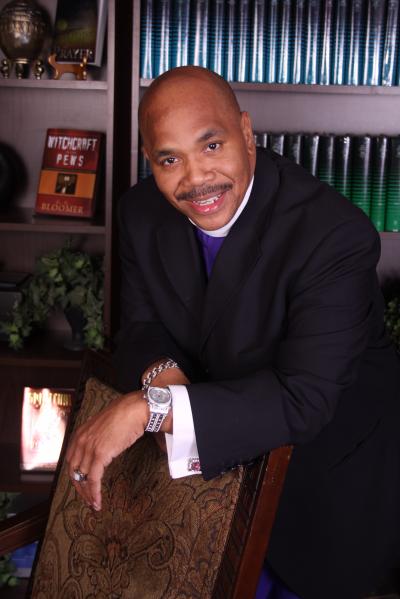 Every time I hear the famous “I Have a Dream” speech by Dr. Martin Luther King Jr., I get inspired—and angry. I get inspired by Dr. King’s powerful and lofty vision of a better world, where racial harmony is the norm rather than the exception. Yet I get angry because we’re still a long way from the fulfillment of that dream.

Think of how ironic this is. People on all sides of the political spectrum claim to agree with King’s stirring vision. Conservatives…liberals…independents. Who could be against racial harmony? In theory, no one is.

But there’s no doubt about it, Dr. King’s dream has been hijacked. Countless examples could be cited, from the trumped up rape case against the Duke lacrosse team to the George Zimmerman trial for killing Trayvon Martin. Right when you think you can breathe a sigh of relief and declare that peace and brotherhood reign supreme, some ugly incident proves otherwise.

There’s plenty of blame to go around, of course. Politicians, preachers, activists, educators, rappers, media executives, and self-described “civil rights leaders”—we’ve all fallen short of our responsibility to further the cause of racial harmony.

But it’s troubling that some of the primary culprits have been those who most piously claim to be the guardians of Dr. King’s dream. Yes, you know who I mean. Some race-baiters have gotten rich by stirring up the cauldron of prejudice and bigotry.

However, before we assign blame for the sidetracking of Dr. King’s dream, let’s first look at what he said in that majestic speech in front of a crowd of over 250,000 people at the Lincoln Memorial on August 28, 1963. King did not pull any punches when he contrasted the continuing plight of many black Americans today with the American dream envisioned in lofty documents such as our Declaration of Independence, Constitution, and Emancipation Proclamation. MLK referenced such things as poverty, discrimination, segregation, and police brutality as ongoing problems even 100 years after Lincoln signed the Emancipation.

While Dr. King didn’t shy away from honestly addressing the issues, his message that day was also filled with abounding hope:

Let us not wallow in the valley of despair. I say to you today, my friends, that in spite of the difficulties and frustrations of the moment, I still have a dream. It is a dream deeply rooted in the American dream.

It’s important to notice that Martin Luther King Jr. saw his dream as being “deeply rooted in the American dream.” It could be argued that, like Barack Obama, King wanted to “fundamentally change America.” However, I think there is a difference between the two.

Dr. King wanted to see America transformed into the shining city on a hill that its founders proclaimed. In a nutshell, he was calling the nation to live up to its own dream and potential—to “walk its talk” and reflect its highest values. “I have a dream,” he said, “that one day this nation will rise up and live out the true meaning of its creed—‘We hold these truths to be self-evident: that all men are created equal.’”

There’s evidence that Barack Obama, in contrast, had his foundational worldview shaped by anticolonial philosophies that focus more on America’s flaws than its sublime and noble vision. His 2008 campaign famously preached “hope and change.”

But instead of being rooted in America’s original promises, not yet fulfilled, President Obama’s message seemed to imply that he alone could bring the country into the Promised Land. In contrast, just a few days before MLK’s death, he sensed that although he saw a vision of a Promised Land filled with racial harmony and justice, “I may not get there with you.” He fully understood that his dream was dependent on a higher power than human personalities.

Dr. King’s closing crescendo painted an awesome portrait of what race relations could look like in our nation:

I have a dream that my four little children will one day live in a nation where they will not be judged by the color of their skin but by the content of their character.

I have a dream that one day, down in Alabama…little black boys and little black girls will be able to join hands with little white boys and white girls as sisters and brothers.

This is our hope. This is the faith that I will go back to the South with. With this faith we will be able to hew out of the mountain of despair a stone of hope.

This will be the day, this will be the day when all  of God’s children will be able to sing with a new meaning: “My country, ‘tis of thee, sweet land of liberty, of thee I sing. Land where my fathers died, land of the pilgrim’s pride, from every mountainside, let freedom ring.” And if America is to be a great nation, this must become true.

But not only that.

And when this happens, when we allow freedom to ring, when we let it ring from every village and every hamlet, from every state and every city, we will be able to speed up that day when all of God’s children, black men and white men, Jews and Gentiles, Protestants and Catholics, will be able to join hands and sing in the words of the old Negro spiritual: “Free at last! Free at last! Thank God Almighty, we are free at last!”

Notice that Dr. King’s dream was not only  rooted in the American dream. He was a preacher of the gospel, and his message of hope and change was tied to his scriptural perspective that God is the ultimate Liberator. Why should people of all racial groups be treated equally? Because God is their Creator, and they all have a right to be His children.

Many people today claim to share Dr. King’s objective. Yet often there’s something missing. While their mission typically is fueled merely by well-meaning humanism, King’s was energized by holy zeal and a sense of divine purpose. Nothing less will get the job done.