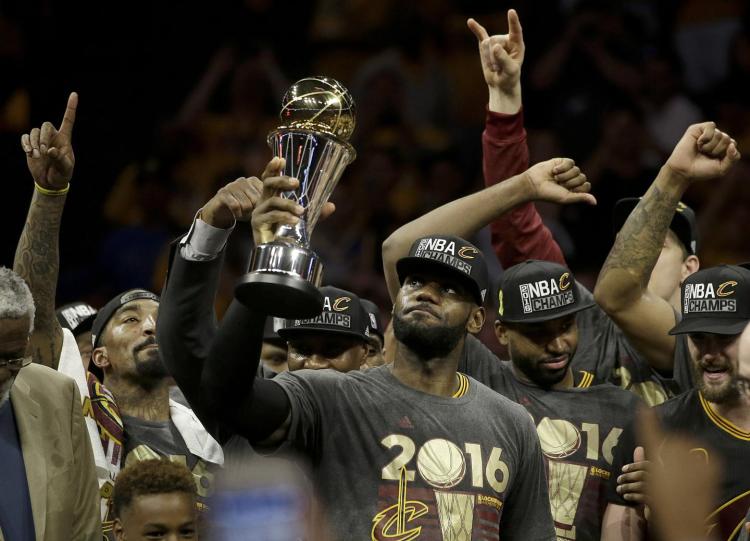 Congratulations to the Cleveland Cavaliers, winners of the NBA championship this week. It was quite a success story, especially since the team was down 3-1 before winning three straight games from the Golden State Warriors.

The Warriors had been the winningest team in NBA history in the regular season, winning an incredible 73 games and losing only 9.

But victory, in sports or in life, is seldom a matter of getting off to a good start. Rather, it comes to those who finish well.

Most NBA games are pretty boring until the fourth quarter, don’t you think? The clutch shots in the final minutes often make all the difference.

The Cavaliers played better than the Warriors in the final quarter. They finished well, and the Warriors didn’t.

Well, I find myself in the fourth quarter of life these days. From this vantage point, all the accomplishments or failures of the past decades will tend to be eclipsed by how the game of life ends. I’ve found that people tend to forget the opening moments but remember the game’s finale.

History is full of examples of this principle:

You see, it’s usually what happens in the fourth quarter that counts. That’s about all most people remember.

The Bible has a lot to say about finishing well. Kings like Saul and Solomon got off to a great start, but then got off track. In contrast, people like Peter and John Mark overcame momentary failure and finished the race with flying colors.

So, what does it take to finish well? Entire books have been written to answer that question.

The apostle Paul painted the picture of an Olympic runner who relentlessly pressed on toward the finish line, forgetting the successes and failures of the past (Philippians 3:12-14). In order to win the crown of victory, he recognized that he would need to run with purpose and self-discipline (1 Corinthians 9:24-27).

Hebrews 12:1-2 points out that life is an endurance race rather than a sprint. In order to compete for the long haul, we’re told to lay aside every unnecessary weight and burden. We’re challenged to honestly and ruthlessly deal with sins that would hamper our progress. And, most important of all, we’re reminded to fix our eyes on Jesus, the author and finisher of our faith.

In order to finish well, we all will need God’s grace and the support and accountability of good friends—people who love us unconditionally, but who love us enough to speak the truth even when it’s uncomfortable (Ephesians 4:15).

Here’s the good news, even if we see the clock clicking down: There’s still time to achieve victory and greater impact before the final buzzer sounds.