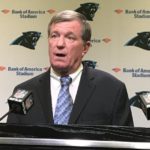 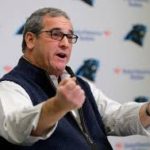 I’m always looking for current events that display Biblical principles for successful leadership. The decision by Carolina Panthers owner Jerry Richardson last week to fire Dave Gettleman as the team’s general manager provides some excellent fodder for a discussion of good and bad leadership traits. After being fired in 2012, Marty Hurney was appointed as the interim general manager.

Here are just a few observations:

I would argue that both Hurney and Gettleman were successful, but partly because the Panthers benefited from the combination of grace and truth that these two general managers provided. Hurney was credited with a harmonious locker room, full of players who felt honored and appreciated. Gettleman was applauded for clearing out players who were past their prime, which greatly improved the salary cap situation.

Jesus, the greatest leader of all time, was full of BOTH grace and truth (John 1:14). He didn’t have to jerk from one extreme to another, for He perfected embodied these two qualities every successful leader must demonstrate.

In Jim Collin’s best-selling book, Good to Great, he notes that organizations thrive when they have “the right people on the bus and have them on the right seats on the bus.” That pretty much describes what a successful general manager must do in the NFL.

When it comes to the future of the Panthers, my hometown team, I hope Marty Hurney will have learned the lessons from the past—both from his own decisions and from those of Dave Gettleman. May he bring back the grace needed to recreate a harmonious team culture, where past performance is honored. But may he also have the guts to make hard decisions when a player is overpaid or should no longer be “on the bus.”