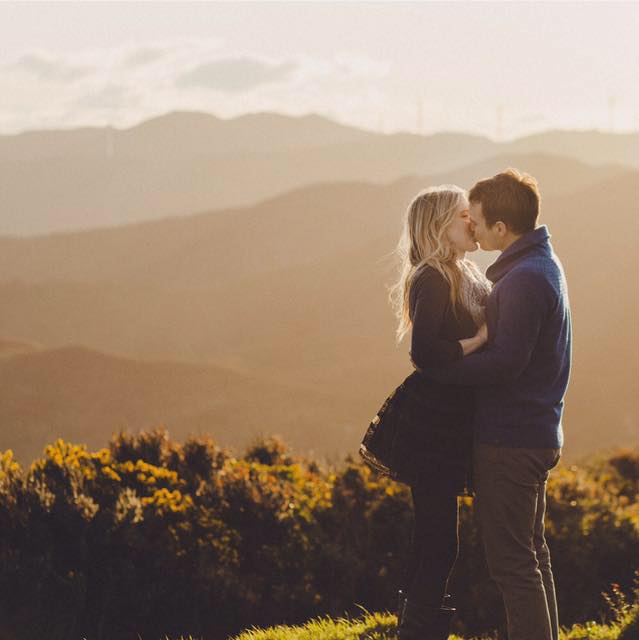 This weekend my precious daughter Abbie is getting married to a wonderful New Zealander named Hamish McKoy. As we prepare for the festivities on the outskirts of Wellington, I find myself reflecting on a lesson I learned from Abbie over two decades ago.

It was bedtime at the Buchan household, and I asked my two young daughters, “What do you want to pray before you go to bed, girls?”

Molly, seven years old at the time, prayed for the Dubles, some good friends who were missionaries in Kenya.

At first I thought it was humorous that someone would not only pray against bad dreams, but against having any dreams at all. But then God pointed out the surprising fact that I often had similar feelings toward my own dreams.

As you’ve probably already discovered, it’s painful when our fondest dreams turn into nightmares. Although we may not be as honest as Abbie was in her prayer, at times it would seem a great relief to eliminate our dreams altogether. Wouldn’t it be easier to just become a zombie or a mind-numbed robot…putting your life on autopilot and eliminating any new initiatives or risky adventures?

If you’ve become a disillusioned dreamer, you’re not alone. Yet it’s important to see that not all “dis-illusionment” is bad, for we all have “illusions” in our lives that are not from God. (Remind me to tell you that story about the Perfect Church sometime…)

Jesus’ death on the cross was the most disillusioning event in history. His closest followers were devastated, going from their grandiose expectations at the triumphal entry into Jerusalem on Palm Sunday (John 12:12-19) to hiding out in a locked room for fear of the Jews (John 20:19). Peter and some of the others even sought comfort in turning back to their old occupation of fishing (John 21).

And the pain of disillusionment can be felt in the words of the two disciples walking to Emmaus, “We had hoped that He was the one who was going to redeem Israel” (Luke 24:21). How sad! These men “had hoped” they could count on Jesus to fulfill their dreams, but now their hopes were past tense.

However, at the very time these discouraged men were feeling this way, the resurrected Lord Jesus was walking right beside them! What a great lesson. When our dreams are dashed to the ground and all hope seems lost, the Source of ALL hope is right there with us, ready to open our eyes again to new possibilities.

Perhaps you think you’re simply too old to dream. My generation of fellow Baby Boomers was perhaps the greatest generation of dreamers to ever live. But now we’re getting OLD, as my kids can attest to.

So is it time to admit defeat and simply stop dreaming dreams? No way! In fact, God has a prophetic word just for us: “In the last days…your young men will see visions, your OLD men will DREAM DREAMS” (Acts 2:17). Let it be, Lord!

No matter how old or young you may be, I encourage you to keep on seeing visions and dreaming dreams. Yes, as Abbie recognized, dreams sometimes are scary or even painful. But we’re entering into days when we’ll need God to raise up a new army of dreamers—taking bold action to impact the world for His kingdom.

One thought on “Recovering Your Lost Dreams”