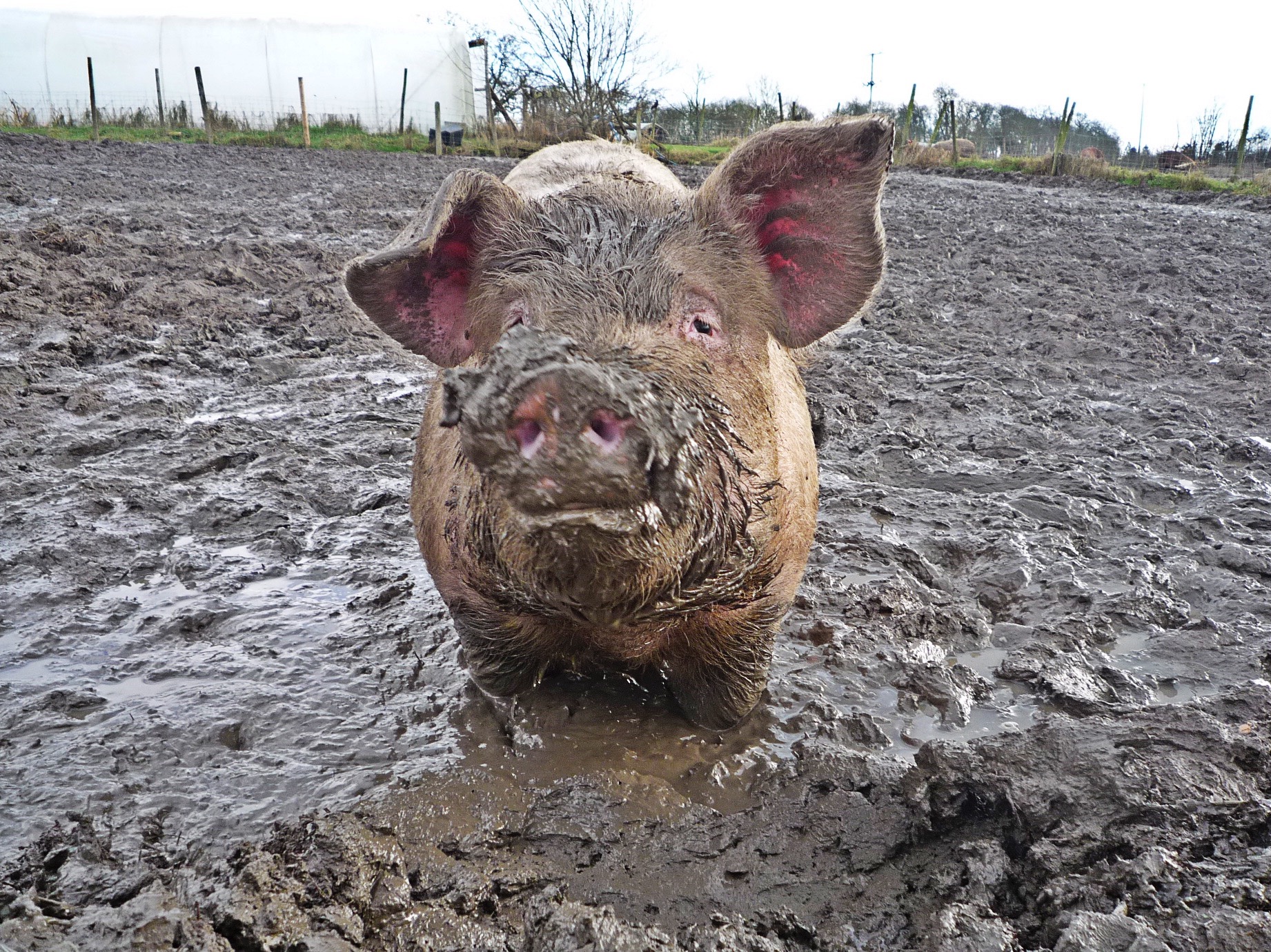 Once upon a time, two men were stuck. The men were brothers—sons of the same Father. Yet they were as different as day and night.

Although both were stuck, the men were stuck in very different ways. And one of the brothers never did seem to realize how stuck he had become.

If we pick up the story in the middle, we find one of these men stuck in a pigpen. A dirty, filthy, stinky, slippery pigpen. After growing up in a privileged home, he had so squandered his opportunities that he seemed to have no future at all.

Meanwhile, his older brother was playing it safe. Proud that he’d never made reckless decisions like his foolish brother, this man was dependable…faithful…hard-working…exemplary in every way. Never causing any trouble, he was the kind of son any father would delight in having.

And the father in the story was a good father—a very  good father. Right to the end, he loved both of his sons, even the one who got stuck hanging out with pigs.

Against all odds, the seemingly hopeless brother came to his senses. He got unstuck. He humbled himself and came home to his father.

At this point, something quite remarkable happened. Instead of chastising his wasteful son for living life in a pigpen, the father threw a big party. No expense was spared in this massive and joyous celebration of the younger son’s improbable return.

Until then, no one even realized that the older brother had been stuck all along. No he wasn’t stuck in a pigpen, like his brother had been. He was stuck in the land of obligation and duty, of self-righteousness and religion.

How odd that the brother in the pigpen got set free, while the older brother remained stuck in his pride and bitterness right up to the end of the story.

How could such a thing happen? I think I know, because I too am an “older brother.”

You see, the younger brother came home, well aware of his need for the father’s mercy and grace.

The older brother sought to earn the father’s favor by hard work and moral uprightness. Despite years of serving diligently on his father’s estate, he never really entered into the joy of his father’s unmerited, unconditional love.

This story, told so beautifully by Jesus in Luke 15:11-32, has been on my mind a lot lately. This all started when I was asked an unusual question by an older man of God I had just met: “Jim, do you really know that God loves you?”  he asked quite earnestly.

How dare he ask a question like that?  I wondered. Didn’t he know I was saved back in 1969 and had basically served in some form of ministry ever since? Didn’t he know about the sermons I had preached, the books and blogs I had written, or the leaders I had discipled?

But as I sought to honestly answer his question, it became painfully clear that I had unwittingly become stuck in the same mindset as the older brother.

I had to admit that I felt God’s love only when He used me to preach a great sermon, write an inspirational blog post, or make a difference in someone’s life. When I did something “useful” in His kingdom.

It was all about good works, productivity, and merit—not about the amazing grace of the Heavenly Father who throws parties for His kids.

The good news is that God can’t wait to throw a party for you and me today. The bad news is that unless we humble our hearts and acknowledge our need for His grace, we’re in danger of sulking outside the door instead of entering in.

Do you see why this is one of the most important stories ever told? Our Father dearly loves both the prodigals and the older brothers. But often the prodigals are the only ones who really experience the fullness of that love.

How ironic that the brother who was stuck in the pigpen ended up getting unstuck, while his older brother remained stuck from the beginning of the story until its end.

Isn’t it strange that it’s often easier to get untangled from sin than it is to get unstuck from the clutches of works-based religious duty and obligation?

A few chapters earlier, Jesus explained that a person who’s forgiven much will love Him much, but a person who thinks they don’t need much forgiveness will only love Him a little (Luke 7:47).

In reality, we’ve ALL been forgiven much, and we’re all loved much by our Father. The trouble is, when we base our relationship with Him on our meritorious works, we miss out on the grace and can’t enter the party.

Lord, set us free from our elder brother tendencies. Let us experience Your loving embrace as the prodigal did.